My layover at Incheon Airport was a little over two hours, so I headed over the Asiana Business Class Lounge.

After going up one flight on the escalator, I presented my boarding pass at the front desk and was welcomed in.

The lounge is split up into two spaces. You can either go right or left in order to access the lounge. Each side of the lounge is basically one large room. There are several small walls which help to divide the space into smaller sections.

There is a buffet on each side of the lounge, and have the exact same offerings. 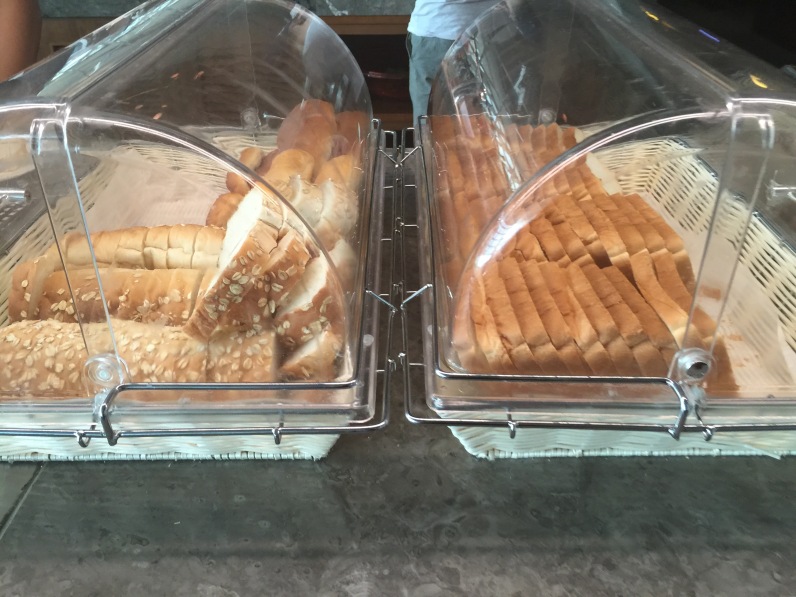 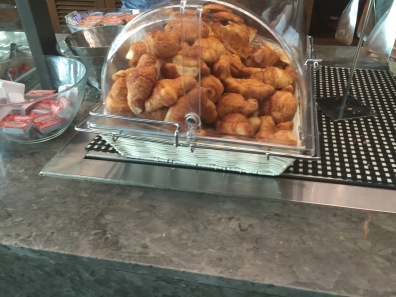 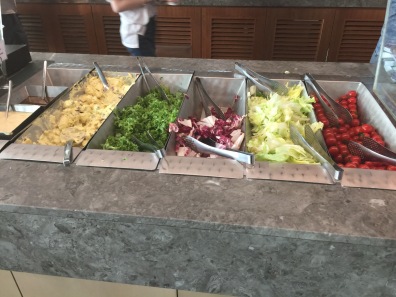 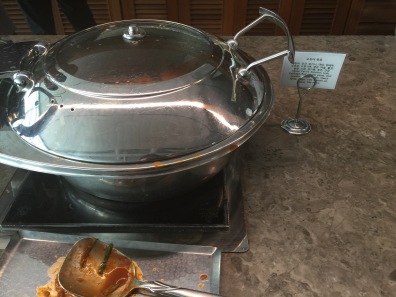 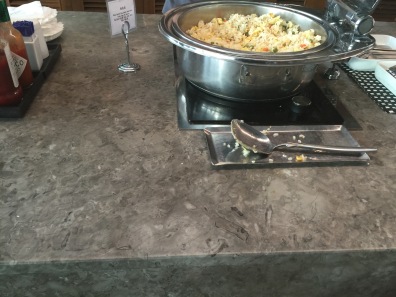 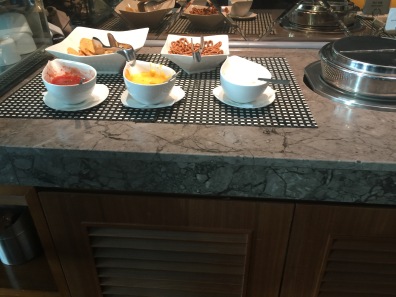 There is a variety of sliced bread and rolls, croissants, salad fixings and potato salad, a squid type stew, fried rice, and pretzels and corn chips.

There was a separate “stand” with an employee dishing out a spicy, cold noodle soup.

There is a separate cup of noodle station, which was pretty popular.

Both sides of the lounge were packed, so it wasn’t the peaceful respite you normally find. The food offerings were rather disappointing, given that Asiana is a major airline.