Donut Bar markets themselves by having the “#BestDonutsInTheWorld”. Originally from San Diego, the lines can last for hours, especially on the weekends.

Donut Bar did open another location in Orange County, but that venture did not last very long, and they have subsequently closed. Perhaps a sign that they aren’t the #BestDonutsInTheWorld.

They have recently opened another location in downtown Las Vegas. I was there for the day to attend to some family business so I figured I would give them a try. Donut Bar only stays open until they sell out for the day. In order to ensure to get your hands on some you should get there early, however another option is to order them online the night before through their website.

The Boston Crème ($3) is a large donut much like an éclair. This was the first donut I tried. Upon the first bite, I immediately tasted old, stale oil. Not a good taste. Thankfully, this was the only donut that tasted this way. The donut was filled with a generous amount of cream, much like vanilla pudding. It was not that sweet. The chocolate topping on the other hand, was way too sweet, and overpowered the rest of the donut. 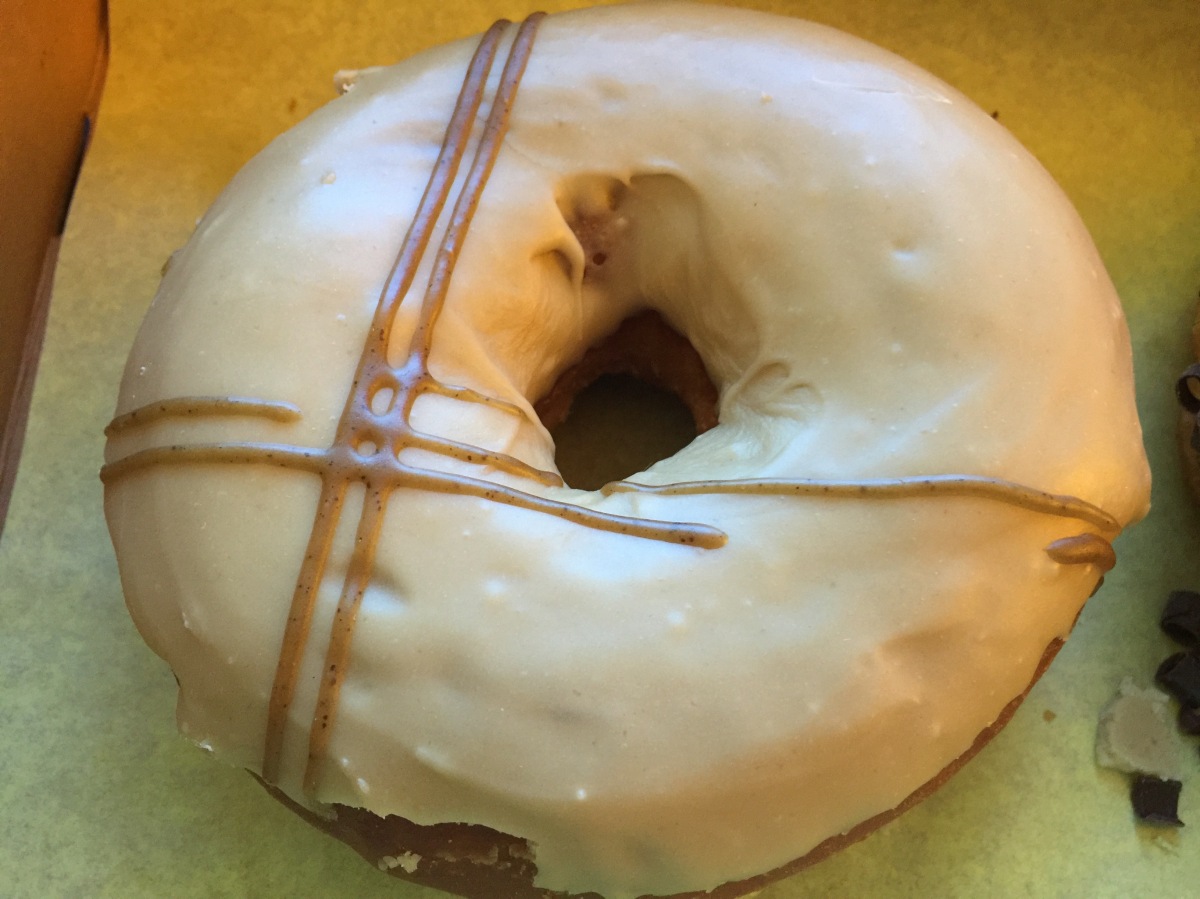 The Maple Bourbon ($3) has a nice maple flavor with a subtle bourbon flavor. The donut is soft and pliable. Once again, the topping of the donut was on the sweeter side.

The Chocolate Euphoria ($3) is an interesting donut. There is a chocolate frosting over the entire donut. Then half the donut is covered with chocolate curls, while the other half is dusted with cocoa powder. Once again, the donut was on the sweeter side.

The Crème Brulee Donut ($2) is a vegan donut, which is a surprise given that crème brulee is a custard made with cream and eggs. The cream was similar to the Boston Crème filling, not too sweet, but thick and delicious. The donut has a nice sugar topping that cracks with satisfaction. I was sort of disappointed that the sugar wasn’t actually bruleed.

The donuts at Donut Bar are massive. They dwarfed my hand when holding them, with the exception of the crème brulee donut which is the size of a normal donut at your local donut shop. The donuts were a little too sweet for my liking. The taste of the Boston Crème donut was not very good because of the old, stale oil taste.

I can sort of see the appeal of Donut Bar, but this is definitely not a place that I would wait hours for.